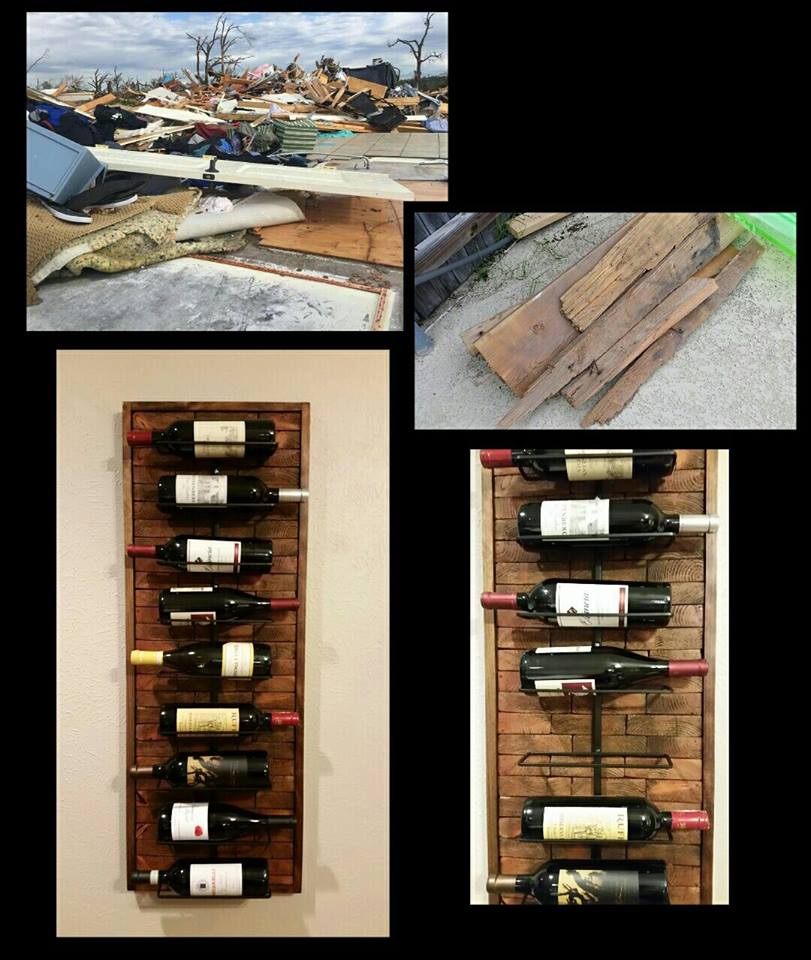 In the wake of the tornado disaster hitting the Dallas area on Sunday, October 20th, I was reminded of previous projects and how firefighters love to serve their fellow firefighters as well as their community. The city of Dallas and the surrounding areas had reports of numerous tornadoes on that day. One of these tornadoes touch downed, severely impact the area that I serve. I was not on duty at the time. However, I reported early the following day to assist in the efforts. The crews that were on duty when it hit, did a great job handling the incident and setting it up for success for the days that followed. It was reported that the Dallas tornado topped out at EF-3. As we walked the neighborhoods and surveyed the damage, we did whatever we could to assist, It reminded me of the complete devastation that a tornado can do on life and property. It also reminded me of projects that I have made in the past few years when tornadoes have impacted the lives of members of my department. Clean up efforts start quickly to restore a community and sometimes piles of debris are removed before a person starts dealing with the loss of sentimental items. I hope this post inspires someone to think about the potential of creating something beautiful out of something that was believed to have been destroyed and unusable. Below is the start of my Firefighter Brotherhood Love Tornado Projects.

On December 26th, 2015, a tornado that blew through Garland, Rowlett and Sunnyvale that was classified as an EF-4. A few firefighters from our department had significant damage and some had total destruction of their homes. Fortunately, our department organized clean up efforts early. Our department does a great job coming together as a brotherhood whenever there is a need. It was a very productive day working along side some of my favorite co-workers.

I quickly realized is that the firefighters that were affected by the tornado had nothing left of their homes. These were homes they had spent the last 20-30 years living in and raising their families in, would soon be hauled off and gone. There is just a brief window of time to gather scrap wood. You should always clarify why you are gathering wood since looting can occur.

My thought was to see what could be made from their old home that they could have as a remembrance to their new home.

Roof rafters can easily be made into an entry table and a chalkboard from some fence boards. These were just customized with crosslay hose. One couple were both firefighters and this seemed fitting.

Unfortunately, there are times that all that is left is just fence boards. The following items were mostly made from fence boards and went to other families in the community.

An item should be created as a gift without any expectation. That if the recipient doesn’t love it, that they can just re-gift the item. Due to the fact that I am a sentimental person, I just love creating memorable items.

Misfortune hit again on April 29th, 2017, when an EF4 tornado damaged more of our members homes. This time it blew through the Canton area. There were at least 3 firefighter’s homes damaged. Two of which were beyond repair. Canton is about a hour drive from my home. At that time, I was not able to make it out to the clean up days. However, a brother firefighter who had seen my post 2 years prior, remembered the projects that I had made. He asked if it was possible to make a project for another firefighter from my department, if he brought me some pieces of wood. Of course, my answer was YES! It’s a good thing I didn’t see the wood beforehand, because I would have assumed there was nothing I could make out of it. Out of the whole pile, I only had one 2×4 that was structurally sound and he had brought me a selection from the best choices. Once I had seen a picture of the house, I knew this to be a true statement.

When you only have a 2×4, you can create a sign post. I was able to make a welcome sign out of the fence boards to hang from the sign post. This way a portion of the old house can welcome people to the new house.

This project isn’t anything exciting and it is pretty basic to make. The rest of the boards were structurally unsound so I decided to cut each board into butt-end slices and create a very inspiring visual piece. I utilized a plywood back for structural stabilization.

To date… THIS IS MY FAVORITE PROJECT. Even though there is not a firefighter theme to it. It is my #1 creation as it was created from nothing but signifies everything.

He will cover you with his feathers, and under his wings you will find refuge; his faithfulness will be your shield and rampart. Psalm 91:4