Career Tales… oops I mean Career Tails Along The Way 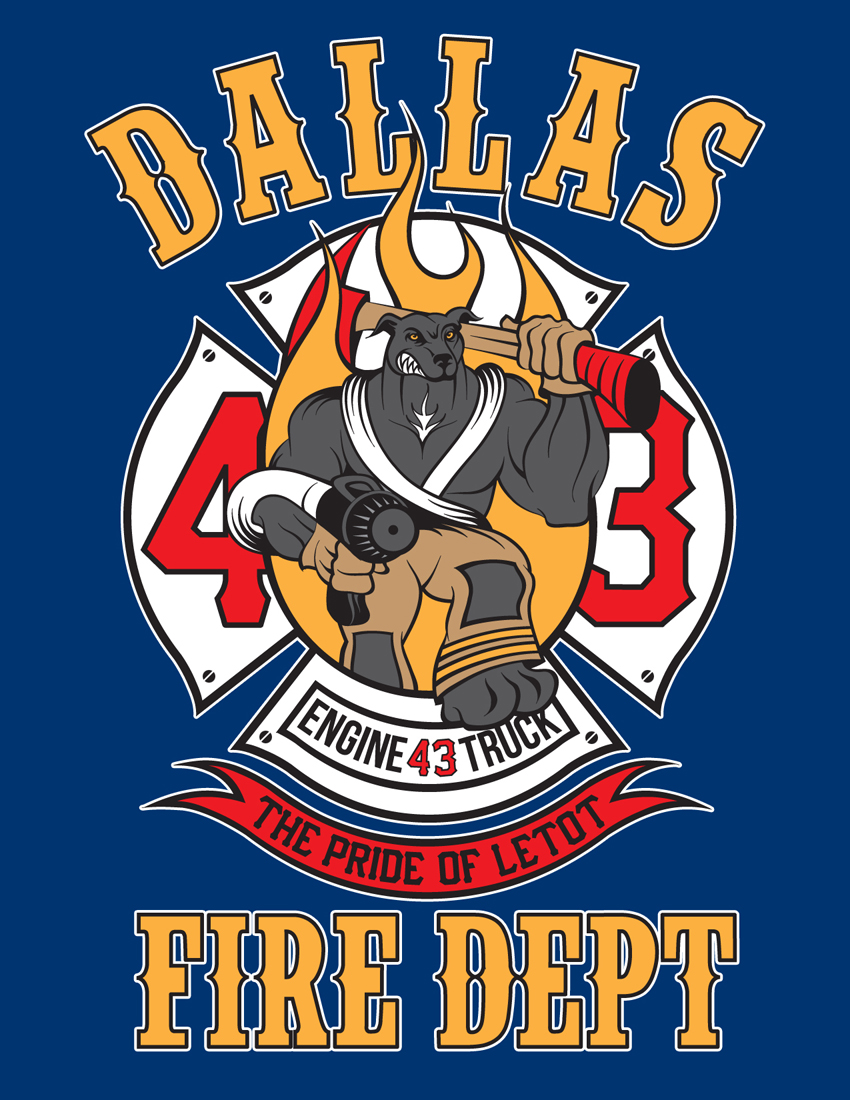 Most people think that Fire Stations have a dalmation assigned to each one. Whenever kids would come to tour a station, that is one of the first questions they ask. “Where’s your dog?” Most are surprised to find out that very few stations have dogs. Sometimes members will bring their dog to the station when they are on shift so it will almost feel like a fire station dog. Our department didn’t have very clear-cut rules on dogs that I recall at the time. When I was at 43’s, we had a great dog. Her name was Sissy. She was a rescue dog from the neighborhood. I think she just wandered into the station and into everyone’s hearts. She was already assigned there when I transferred in. Now granted Sissy was part pit bull so she looked intimidating, but she was all love. The station had an 8′ chain link fence with razor wire on top of that around the parking lot. They said they still had car break-ins until Sissy came. I think just the sight of her would deter unwanted guests. But her best purpose was the love you received. The sheer amount of call volume and the things that you are exposed to just require dog therapy.

At one point in time, our department administration started allowing each fire station to make up their own logo t-shirt. Most stations incorporate unique characteristics of the community they serve into their station logo. I can’t tell you how proud I was to serve my community. All the shifts had to agree and come up with an idea. Of course, Sissy had to be part of it, but since most stations have males we opted to have her look tougher and more masculine on the t-shirt design. We had two females on our shift… making the total of two females of the 36 members assigned to the station. As a nod to the community we serve, we wanted the fire hose to be draped over her like a bandolera. We thought about putting a nozzle in each hand to even represent it more, but as a Truckie… we also wanted the axe so that both the engine and the truck were represented.

A few years later and a lot of love later, someone above our pay scale decided that Sissy looked too scary (because of her breed) so we were told we needed to find a new home for her. Luckily, one of our members took her home to become a family member and she was able to play her days away with a sibling dog! I still think dogs should be part of the station. It just seems that they provide so much comfort and help with all the things you see.